No work this weekend

In Philly with Vikki. No work this weekend.

So I'm waiting for an install of SQL Server 2005 to finish.

The build is broken again. I think I have it straightened out now (three hours later...)

For all you software developers out there, here's a good rule of thumb:

If you're leaving for the day, don't break the fucking build right before you walk out the door.

The problem is exacerbated by the fact that we have a developer working nights (he's overseas), so when he breaks it, the daytime team suffers and when someone on the daytime team breaks it, he suffers. Either way, I suffer since I'm the one who has to make it work again.

When will it end?

I worked until 1:30 in the morning because I knew we were going to start testing today and I wanted to make sure everything was working as expected. So I did that (fixing bugs along the way as I found them), and between the time I left and the time I arrived seven hours later our developer in China had completely broken the build. We went from pretty much all the core functionality working to absolutely nothing working in less than eight hours (all while I slept). Glad I worked late.

I like to think I'm pretty even tempered. Wow was I pissed.

I revoked the developer's SVN write access this afternoon.

I looked like an idiot reassuring the tester this morning that I had stayed up to make sure his testing would go smoothly, only for him to find that the software crashed and burned right out of the box.

Took a quick look at CNN.com. Saw this entry:

WASHINGTON (CNN) -- President Bush has authorized the U.S. Marine Corps to recall 2,500 troops to active duty because there are not enough volunteers returning for duty in Afghanistan and Iraq, Marine commanders announced Tuesday.

I can't imagine why the Marines would be having trouble finding volunteers....

The wonder that is Dmanager

So I've been sucked into this black hole and there seems to be no escape.

Taking a quick break while I'm waiting for some code to compile.

Hoping to get out of here in the next couple of hours. As soon as I can get this damn state management problem worked out.
at August 20, 2006

Worked from home this morning. Then took the Chinatown bus to Philadelphia. Helped Vikki move in (along with Michelle and Cortney). Dinner afterwards.

Just got home. In the end the trip takes about three hours each way including the subway (longer with traffic). Not bad.

For years I have been looking for a good tool to do HTML validation. These usually fall into one of two categories - online tools that you give a URL and it will validate the HTML. These tools only work if your web server is publicly available and has no authentication. They also fail miserably if you have any frames or JavaScript. The alternative are applications that run on your PC and pretend to be a browser. These work better, but I have never seen one that supports framesets. I've been using CSE HTML Validator Pro for a number of years despite this issue (it was invaluable when I was doing development at Netilla). It works great and is worth the $69.00, even though it doesn't work with frames (you can usually copy the URL into the clipboard and have the validator load the URL, but it is very cumbersome).

Well, somebody finally built a FireFox plugin that incorporates the Tidy HTML validation engine. It supports framesets and is awesome:

It was exactly what I have wanted for the past three years.

Work is being a pain. It looks like I'm going to have to work the weekend to get this thing done by Tuesday. Supposed to help Vikki move tomorrow afternoon.

Went down to South Jersey Saturday morning. Had lunch with Mom. Met up with Vikki and spent the afternoon relaxing in Shark River Park. Then we met up with her friend Michelle and went to Point Pleasant. Mini golf and funnel cake. 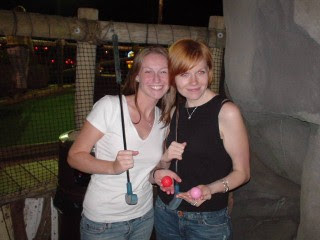 Today Lauren, Vikki, and I went to Great Adventure. Lisa met up with us there. Haven't been there since 2002, so it was fun to ride the roller coasters. 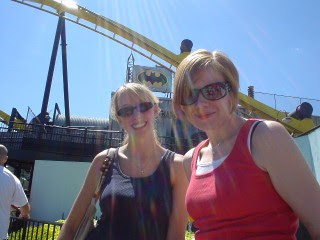 It's a little after midnight and I'm still at the office. Ready to go home though, I think.

Kyle called tonight and told me she and Pete are getting married.

I didn't get as far as I would have liked with the media push infrastructure. Decided to just scrap what I have been working on for the last hour with dmanager bottom halves and instead just do it in the new middle tier. Will have to talk to Tim tomorrow though about using the new progress page.
at August 07, 2006

Wow, it's a beautiful day. The sun is out. The birds are chirping. It's not too hot. And I'm here, in the office.

Vikki is coming out to the City tonight. Will be good to spend some time with her. Need to try to get this stuff finished up before she gets here.
at August 05, 2006

So a few days ago I got stuck onto this project that had fallen behind schedule. It is set to be feature complete and enter testing on Tuesday. I did a 13 hour day on Wednesday, a 11 hour day on Thursday and a ten our day today.

The entire project slipped today because of the two key developers working on the project.

One screwed up the parameter parsing Thursday night, effectively breaking the build. He checked in changes that he never even tried. When I kept pointing out that the code was broken, he would make a change, claim it was fixed, and then when I would try it the code would continue to be broken in the exact same way. He wouldn't do an ounce of testing and left it on me to point out to him that he hadn't fixed the problem (this happened four times today).

The other spent until 2:00 in the afternoon debugging a crash in the manager that I resolved in about five minutes once I realized that is what he had been stuck on all morning.

Both of them committed the cardinal sin of checking code into the repository that didn't even compile.

Because I couldn't get any of my work items done today, now I have to work on Saturday. Except the bugs from today still aren't fixed, so before I can start on my own work items I have to debug the crap they were supposed to have done today and make it work. One of the developers is supposed to come in on Sunday, but if he doesn't get it working then we're going to be screwed on Monday. I can't take the risk of having him fuck it up on Sunday if the alternative is me doing it myself tomorrow.

I'm not happy. In fact, I lost my temper in front of Dan on the way to the subway tonight, something which I now regret. He's taking the stance that I should email my boss about the situation tonight, not work this weekend, and let the whole thing explode on Monday. The problem is I'm on the hook now because I was brought in on Tuesday to "make this happen". If it doesn't work then it will reflect poorly on me.
at August 04, 2006